This template leverages the Runtime Prompts feature and the RENDER feature in order to create a dynamic document whose output varies based on input gathered from the user immediately prior to document generation. In other words, when the user decides to generate this document, they will be prompted to fill out a form, and the answers provided in this form are used in the template as merge fields. This is the case for any template leveraging the Runtime Prompts feature.

More specifically, when a user decides to generate this document, that user will be prompted to select from a list of boiler parts that need to be replaced. Once the user makes their selection, the selected parts are merged into the final document as a bullet-delimited list. Additionally, whenever the user generates this document, the user will be prompted for a return date (if applicable) and whether the customer has decided to repair the boiler themselves; depending on the values provided, certain sections will appear. For example, if the user confirms that the customer has decided to self repair, the final document will include a recommendation for a home repair guide intended for customers who've opted to repair their boiler themselves. 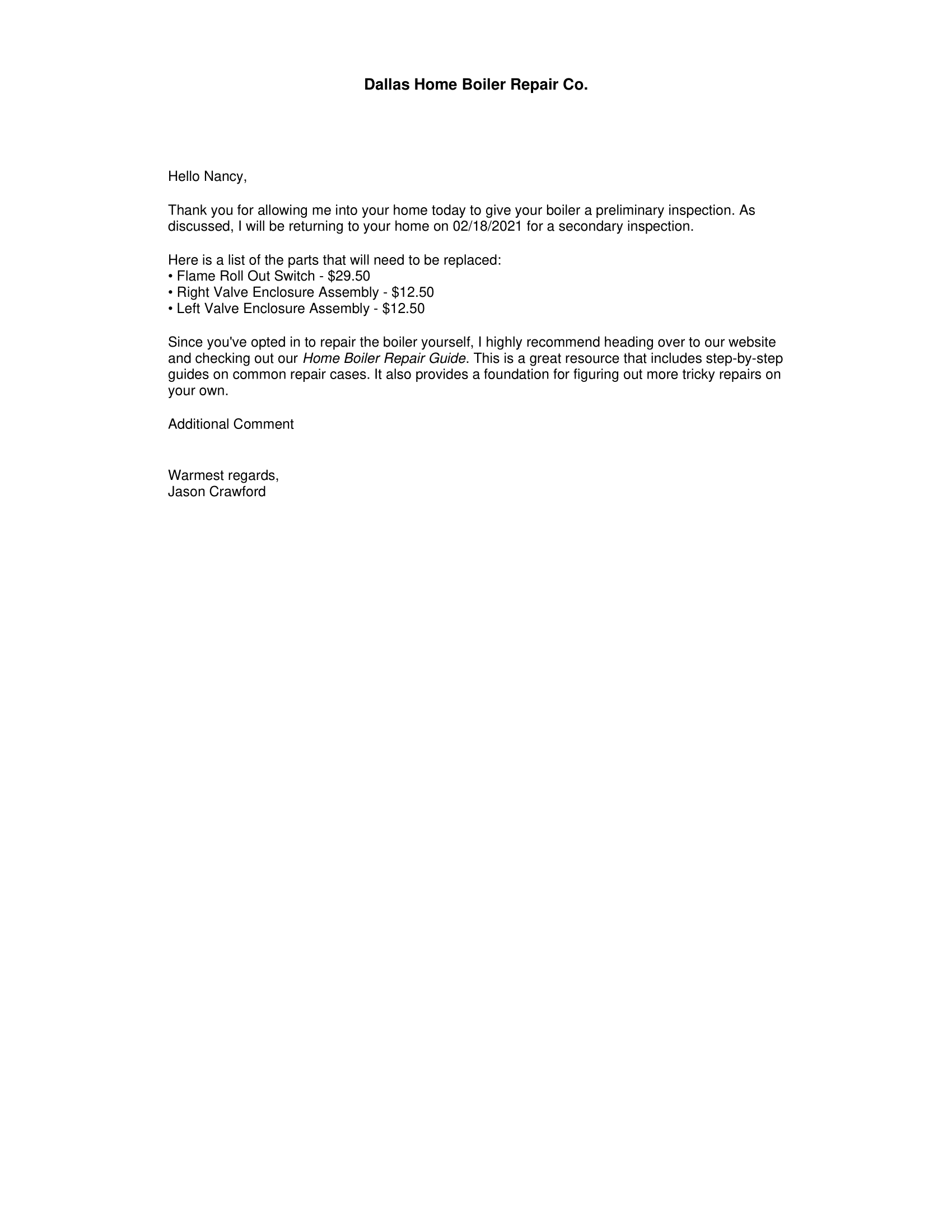