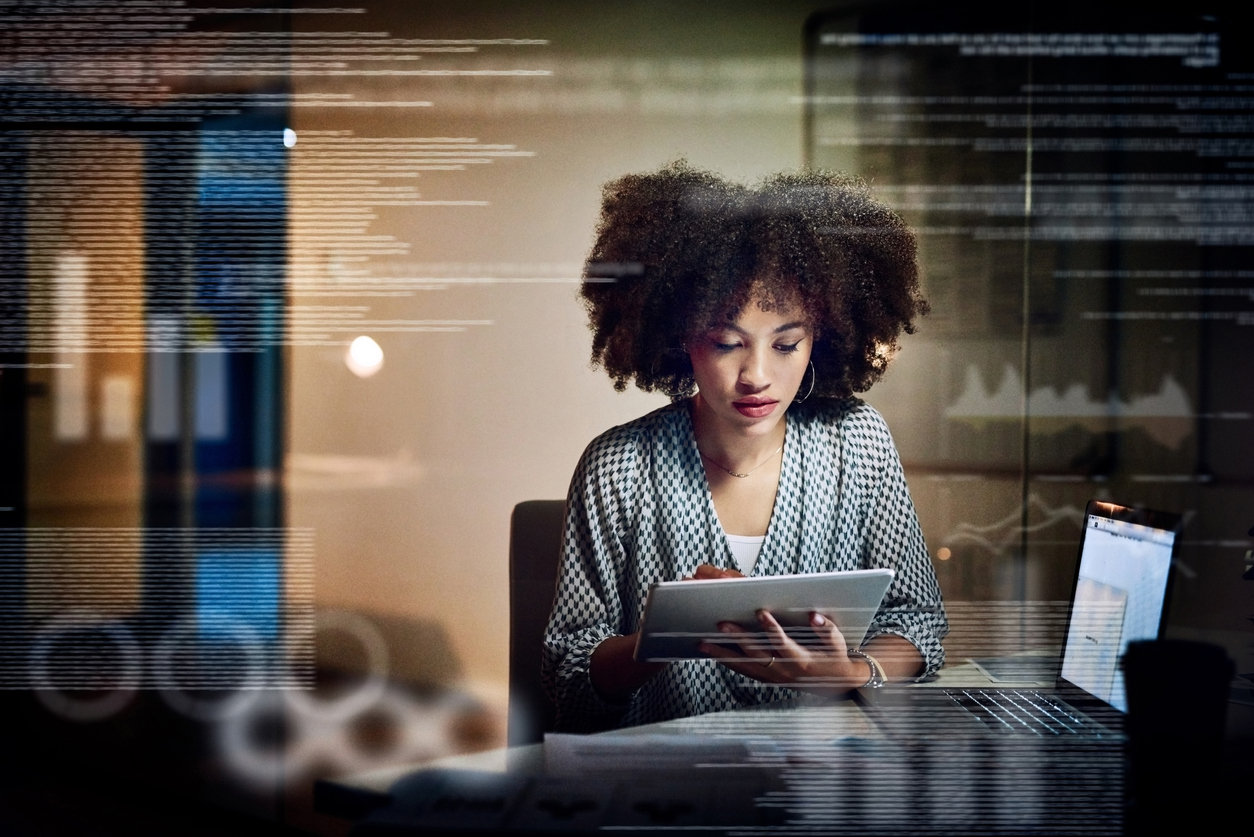 You’ve probably heard about the ever-increasing pace of change. New ideas and technologies are born at a rate that exponentially outstrips just a decade or two ago.

Think about it this way: it took 68 years for the airline industry to reach 50 million users, but it was only 14 years before the computer made it into the homes of 50 million people. And in just 3 years, 50 million people were using Facebook.

The world is evolving more rapidly than ever before, and businesses are expected to stay two steps ahead of the game. If they lack the agility to deliver cutting-edge solutions on a shorter timescale, or to pivot around unforeseen circumstances quickly, they simply won’t be able to keep up. With a faster pace of change comes a faster pace of obsolescence.

So where do native Salesforce apps come into all of this?

Salesforce has been at the forefront of technological business innovation for decades, and since the force.com platform was introduced in 2009, native apps have been right there alongside it. Native apps aren’t just components that you can interface to Salesforce -- they’re business solutions built directly on the platform, which means they’re in the best position to follow Salesforce’s pace of innovation.

Let’s dive into the implications of being native to Salesforce and see why native apps are equipped to continuously evolve and deliver the solutions that the modern enterprise needs.

Salesforce has come a long way since its 1999 start inside a one bedroom apartment in San Francisco, but innovation has been a core value from the beginning. Housing valuable data inside a cloud-based CRM was unheard of at the time, but Salesforce was one of the first to convince businesses that cloud computing was the way of the future. Today, 94% of enterprises are using the cloud.

If that’s not enough, Salesforce is consistently ranked among the most innovative companies in the world and has filed over 1000 patents. With three new releases a year, the momentum isn’t slowing down anytime soon.

It’s obvious that Salesforce operates with the future in mind -- so how does this transfer to the apps that are built on its platform? To really understand how native Salesforce apps are true partners in innovation, we need to look at the definition of a native app itself.

A native application is an executable program coded in the language of the platform in which it is run. To put it simply, native apps are developed to work solely on a specific platform, and don’t rely on any external infrastructure to work.

When we say that an app is native to Salesforce, we mean that it’s created using Salesforce’s proprietary coding language, Apex, in conjunction with Visualforce and custom objects. It doesn’t use any external servers to run or process data; native apps are completely reliant on Salesforce. This fact gives native apps key advantages.

Since native apps run exclusively on the Salesforce platform, they need to stay up to date with Salesforce’s triannual releases. If you use a native application, it’s nearly guaranteed that your solution will continually release updates in concurrence with Salesforce to maintain optimal functionality. After all, native apps only run within Salesforce, so it’s imperative that they innovate alongside it.

For example, as a native Salesforce document generation and e-signature solution, S-Docs releases three major updates per year to coincide with Salesforce. We stay on top of the latest and greatest coming from the Salesforce team, and incorporate the newest innovations into our products wherever possible.

The bottom line: as Salesforce improves, so do native apps.

Many of the traditional roadblocks to getting features out the door are not present for native apps, meaning that they’re able to stay one step ahead of their non-native counterparts and innovate quicker.

Since they’re built on the Lightning Platform, Salesforce native apps don’t need to worry about maintaining app infrastructure such as servers, runtime environments, or operating systems; Salesforce takes care of that.

The lion’s share of the data security burden also falls on Salesforce’s shoulders; native apps inherit Salesforce’s stringent security requirements, and don’t have to worry about setting up things like secure REST APIs between Salesforce and external platforms.

Because much of the heavy lifting can be offloaded, native app development teams are able to focus on the highest value work: improving the functionality of their solution and meeting the requirements of their customers faster. This allows customers to get the most out of their investment and innovate quicker themselves.

One of the greatest qualities of native apps is that they often mirror the look and feel of Salesforce since they’re built using Salesforce’s proprietary tools. This means that if you know Salesforce, you’ll be able to quickly master a Salesforce native app. You will spend less time learning a new system and more time getting value out of your solution.

Another benefit of being built on the Salesforce platform is ease of customization. Admins and developers can more easily modify aspects of their native solution so that it conforms to their specific business requirements -- after all, they’ve already been trained to work with the Salesforce components that native apps are built from. Off-platform apps simply don’t provide the level of accessibility required for easy customization. In short, Salesforce native applications can be true partners in innovation with the businesses that use them.

Take S-Docs and S-Sign, for example. While our native solutions offer powerful document generation and e-signature capabilities for Salesforce, admins can easily customize them to add functionality that’s specific to their business. In just minutes, a process can be set up to auto-generate and email a complex document based on any platform-triggering event in Salesforce, like notifying certain individuals when a document’s signature status is updated. Because they’re 100% native, implementing these custom workflows is fast and easy.

Native Apps Are Purpose-Built for Salesforce

Unlike non-native applications, which may integrate with many different platforms, Salesforce native apps are purpose-built to work with the system that your team relies on every day. It’s crucial that every component of your Salesforce org functions like a well-oiled machine, and native apps are designed to help you get the most out of Salesforce.

It’s common for organizations to believe they might not get the same functionality from a native app that they could from an application built off-platform. However, the truth is that the Lightning Platform is a powerful infrastructure that allows native apps to be just as (if not more) robust than their off-platform equivalents. What’s more, they are able to focus more on taking full advantage of Salesforce, incorporating features that non-native apps might overlook in their efforts to integrate with multiple databases.

It’s true that native apps work exclusively with Salesforce. If you’re using another solution as your primary CRM, native Salesforce apps might not make sense. But if you are using Salesforce as a source of truth in any way, native apps are there to build upon the value you get from Salesforce in a much smoother and more secure way. Given the choice between two apps with the same functionality, going with the native option is the smart choice.

Like we said before, when the pace of change accelerates, so does the pace of obsolescence. Choosing to use technology that is able to support your business as it scales and innovates is vital. Native apps aren’t only innovators themselves -- their ability to be easily customized and integrated with other solutions makes them agile partners in helping you innovate, too.

S-Docs is the only 100% native document generation and e-signature solution for Salesforce. Since it’s built on the Salesforce platform, S-Docs allows you to quickly and easily generate, send for e-signature, and track complex documents within the Salesforce cloud.

With S-Docs, you’re able to generate documents that pull data from anywhere in Salesforce, insert complex conditional logic, automate your workflows, and securely send documents for signature. Everything occurs within Salesforce, meaning your sensitive data never changes hands, ever. As we continue to innovate, we’re proud to be a trusted partner to top government, healthcare, and financial services organizations around the globe.

Ready to start streamlining your document and e-signature workflows with a solution that can be customized to your business? Request a demo today or contact sales@sdocs.com for a customized demo. 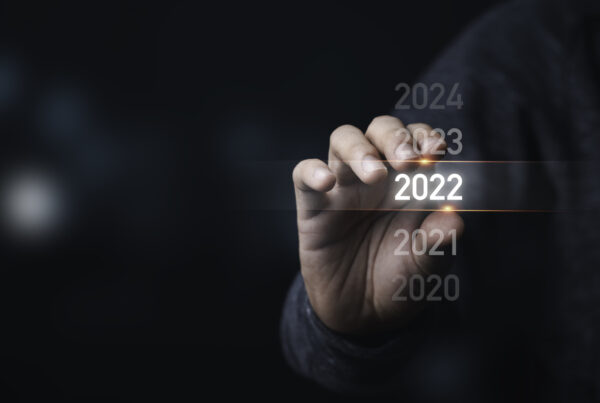 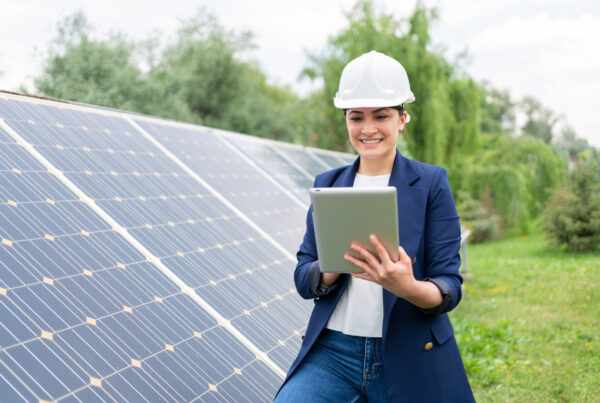 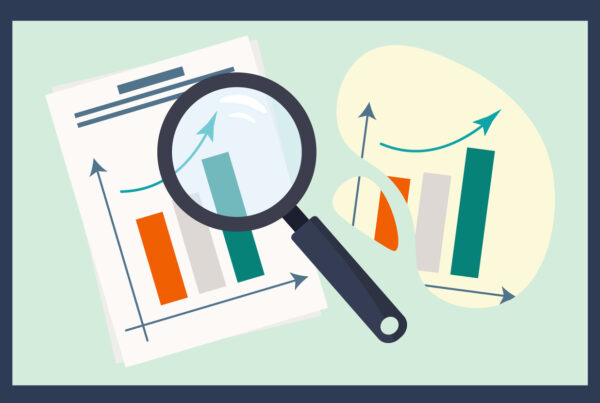 There’s no doubt about it: Salesforce CPQ is an exceptionally valuable sales tool. But its…
Zach Brueck 0
Love0